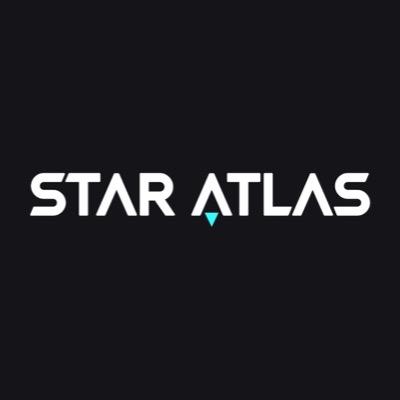 Star Atlas is a metaverse with RPG elements. The main idea of the game is discovering planets and stars in order to mine and collect resources. Players can trade, craft and deliver in-game assets in order to receive tokens.

ATLAS (view the course)
In-game currency that is used for:

How to start playing in Star Atlas

New players start in the first faction-secured safe zone. It allows exploration of all the basic functions except gameplay loops such as rescue, combat and salvage.

There are three game fractions: humans, aliens and androids.

The second is a medium tiered safety zone that is secured by mercenary groups. Combat is now allowed but assets will be reset if destroyed.

The final zone is a wild frontier where full combat and the destruction of assets is a permanent event. However, only a portion of assets in combat are destroyed permanently. For example, the results of a destroyed ship in combat is that the ship asset is decimated into components, scrap, escape podded crew members, and a certain amount is lost forever.

All visible stars are real assets and can be visited. Although some distant stars can be prohibitively distant and will require proper fueling to reach.

Players will pilot their ships manually using upgradable scanning modules. Better the scanning equipment is, more assets will be discovered.

Scanning data can be staked or placed on the marketplace to be sold.

Ships are outfitted with weapon turrets and missile bays. Turrets can be energy, ballistic or disruption type to target different components of enemy ships and installations. They are powered by a power supply and protected by shields and a hull.

If the player scans the enemy’s ships properly, he can target subsystems to get an advantage in a fight.

Ships can target land and space based installations.

All ships contain components and crew members that enhance the features and stats of each ship. Matching crew incorrectly can cause debuffs to a ship’s performance.

How to earn in Star Atlas

Players can earn in game by having the correct ships, crew and components for their desired roles. Crew members within a ship also have individual professions.

Using the marketplace gives players an opportunity to buy and sell all asset types and post job listings for paid, in-game tasks. The majority of assets traded on the Marketplace will be earned doing in-game tasks.