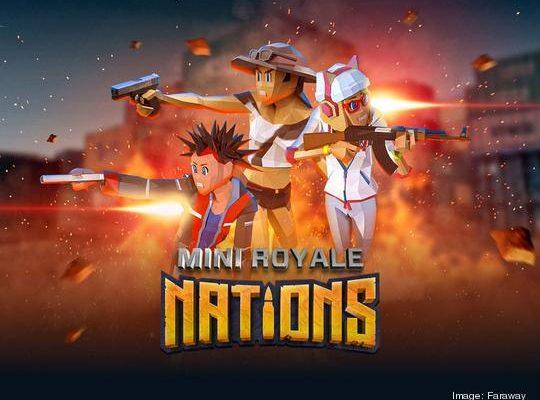 Mini Royale: Nations is a shooter with different PvP and PvE game modes. Players can compete in tournaments, complete missions, collect weapons, costumes, land, buildings, pets, and other. Gameplay focus is on clan-based events and territory capture and control.

ROYALE
Governance Token.
CHEDDAR
Game currency token that’s given out as a reward for different activities in the game.

How to start playing in Mini Royale: Nations

Guest
Players can start playing without registering an account. These users can experience the core gameplay, but cannot participate in any yield-generation or trading-related parts.
Registered Accounts (Non-Crypto)
Players can create an account and username, but do not connect a wallet. They can participate in yield-generation related parts of the gameplay, but do not have access to the P2P Item Marketplace or Token Exchange. Players will have a set of common guns.
Registered Accounts (Crypto)
Players who have both created an account and username and have a connected wallet have full access to all features.

Users can connect the Phantom wallet.

Players will earn XP, Battle Pass points, and make progress towards Daily / Weekly / Seasonal Mission objectives while playing these modes. Some of these modes will include:

Players are able to try out new loadouts and guns in a lower risk environment that doesn’t have penalties for losing. Unranked matches will be available through different types of matchmaking.
Private Matches
Players can share links with their friends to play in custom rooms. Players do not earn XP, Battle Pass points, or any progression-related items / points.
Unranked PvP
Players can participate in public PvP matches and earn XP and Battle Pass points.

In Ranked matches, players are matched using an ELO rating that goes up as the player wins and down as the player loses. Users will go up in Leagues and earn points toward Ranked seasons. Additionally, players will earn higher XP and Battle Pass point rewards in Ranked matches than they would in Unranked.

Completing Missions is the primary way to earn Orbs.

Orbs are common currency in the game, and are won from completing Mission objectives. Orbs only become useful when they are refined. In order to refine Orbs and turn them into Enriched Orbs a player must take the Orbs to a piece of Land equipped with a Refinery.

Land plots that correspond to real world cities will be sold in multiple waves. The bigger a city’s population is in the real world, the bigger the corresponding in-game Land plot will be.

Private Land is land owned by players that allows either the owner or the ruler to receive extra utility in the game. It offers better mining rewards and mining and refining speeds than Public Land
In order to make a piece of Private Land usable by other players (and capable of generating fees from this usage), the Land Owner must build a HQ, at least one resource-producing building, and an accompanying storage facility.

Buildings cost a combination of both CHEDDAR and ROYALE to build.

Public Land is land controlled by the Game DAO. It is always public and has an infinite supply. It also acts as a public utility that can handle any amount of player demand.

Once a Mine is built on a plot of land, that land is able to mine Engram Fragments, which in turn can be used to open item crates to get full items. Mining rewards are split between miners, landowners, and current rulers. Certain tools also give players Mining boosts, which increase drop probabilities of certain items.

An Engram is an encrypted crate that can be decrypted into a usable NFT that drops from the Engram. A player can collect Engram Fragments that combine into Engrams. Once a sufficient quantity of Fragments is collected, these Fragments can be combined into a complete Engram.

The Marketplace has three areas:

How to earn in Mini Royale: Nations