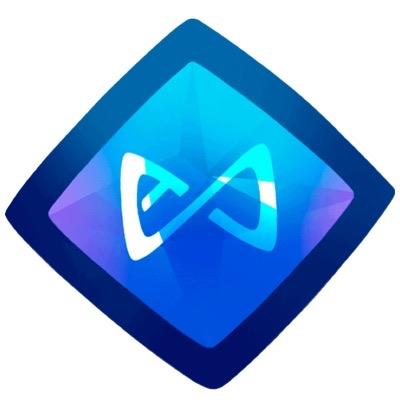 The initial investment in the game is quite large, as well as the time that needs to be spent. The game is suitable for investors with free capital from $ 1000.

Axie Infinity is an online strategy game. The world in which it takes place is separated into two types of territories: available and unavailable to be sold to users. The unavailable include the central lands: Luna’s Landing and Genesis. They are involved in tournaments, raids, events and battles against bosses.

The unavailable are divided into four biomes: Savannah, Forest, Mystic and Arctic. Each splits on areas called Terra. Players can upgrade them by stores, monsters summoning beacons, producing resources or transforming their land into dungeons. Also users are able to place NPC and decoration with helpful effects and without them. For example, an additional damage during a fight.

To improve the plots and game characters — Axes, you will need resources that fall out after defeating the chimeras. They are the main enemies in the game. They appear nearby sources of resources to make the collecting harder.

Besides battles with chimeras, players can fight each other.

All items, lands and characters are sold on the marketplace. 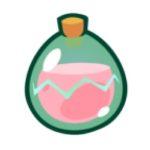 SLP (view the course)
The main token in the game. It is used to breed Axis and receive rewards in Arena Mode.

AXS (view the course)
A token for paying the commission when breeding Axis and providing the opportunity to vote for changes in the game.

How to start playing in Axie Infinity

To start playing, you need to:

Axie is an NFT creature which is used for:

Battles in Axie Infinity are based on a card game: players use 3 Axies and cards with their abilities. The winner is the one who defeated all the enemy creatures.

Horns, mouth, back and tail determine which cards a creature can use in battle. Each part adds metrics depending on its class. There are 9 classes in total: Bad, Bird, Beast, Plant, Reptile, Aquatic, Mech, Dawn, and Dusk. Classes have their own characteristics and affect each other in different ways. This is important to consider when buying Axie.

Axis’s breeding occurs by crossing two adults who are not close relatives. The new Axie takes after a combination of the traits of the parents. All traits fall out depending on which gene contains them, breeding new creatures is a real science.

To control the population, each Axie can be used in breeding only seven times. Children can be kept or sold on the marketplace, in both of forms: an egg and an adult. The egg hatches five days after emergence.

How to make money in Axie Infinity

Earning in the game is divided into two main directions: getting SLP and selling Axie. Each of them has its pros and cons. Let’s take a closer look.

Getting SLP from Battles

Updates in Axie Infinity take place in season’s format. During the last nineteenth season SLP was easily collected. Spending three hours, any user was able to earn seventy five tokens. SLPs were given for completing daily tasks and performing 5 battles in Adventure Mode, in addition, they were paid for victories in Arena Mode.

On 04.02.22 the season 20 has begun, the reward system has been completely changed: SLP is no longer given for daily tasks and battles in Adventure Mode, now they can only be obtained in battles in Arena Mode.

The amount of SLP that can be earned by playing Arena Mode depends on the MMR rating among players. The higher, the more coins are given for a victory.

To win battles, you need to competently assemble a team from Axie, select in consideration to their traits and characteristics.

Players have energy indicators, they recover daily, but without them it is impossible to participate in the battle. For beginners, it is recommended to distribute energy 50/50 between Arena Mode and Adventure Mode in order to gain both level and rating.

This option with earning SLP will not bring income. At the exchange rate, at the time of writing, 1 coin costs $ 0.2. With such an income, it is difficult even to repel investments. Experienced players advise to start with a budget of $ 1000 to buy the first three Axes. Otherwise, they will be too weak for battles.

The minimum budget that is needed to enter the game is $ 60-100 — this is the cost of three Axies from the low price segment. Under such conditions, it will be possible to study the game from the inside, but not to earn.

Due to the ability of breeding Axies, there is a way to earn on selling received creatures. In that case, user need to choose parents whose characteristics might give a good combination for a newborn Axie. There are some difficulties. First, it is complicative to find suitable parents. In order to assume what the result will be, there are:

The second nuance is the commission for breeding in AXS and in SLP. Since Axis has limitations in the number of children, the fewer times left, the higher the price in SLP becomes, the commission in ASS remains unchanged.

It turns out that the minimum cost of creating and selling a new Axia without profit will be from $204.75, without taking into account the commission for deposit and withdraw funds from Ronin Wallet.

To register in Axis Infinity for the purpose of breeding Axie, the minimum entry amount will be $230, taking into account the new commission from March 7.

This option is more profitable than getting SLP from winning battles, but it is more risky, there is no guarantee that Axie will be sold.