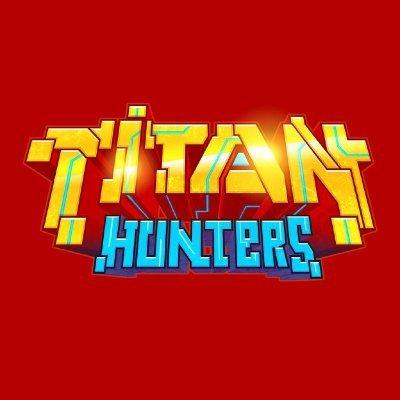 Titan Hunters is a MMORPG game with two different play modes. Adventure, where players deal with monsters, bosses and booby-trap, and Co-op mode, where users can play in a team against Titans.

Players can customize their characters: they have 9 different body-parts which can be changed.

A government token used to trade NFT items and convert the COIN into TCOIN.

TCOIN
The token is intended for in-game operations, it is necessary to improve items and characters.

COIN
The token is used as a reward for winning battles and participating in events and quests.

How to start playing in Titan Hunters

A demo version of the game is currently available. In it, players can fight with NPCs, get in-game tokens and crystals, and use them to create weapons or open chests with in-game items. To do this, you need:

Every monster and area has their own characteristics. Players can earn different material and use them on the base to craft gears to upgrade their character’s stats. They can also cook in order to heal themselves or make them stronger temporarily.

For defeating monsters and titans players get materials and in-game coins.

In the Co-op Arena, players can join the battle with his 4-player squad to fight against the big Titan. Each character with different stats and capabilities can support each other to defeat the Titan and gain rewards.

Rewards from Boss Battles can be much more valuable than Adventure Mode.

How to earn in Titan Hunters

In Titan Hunters, every item can be a NFT and can be sold on the marketplace:

All of them can be obtained in 3 ways. With in-game materials and coins, players can create an item by crafting. It will be locked after being crafted. Items can be converted into a NFT using $TITA to audit it.
Chests contain NFTs. Users can get them by summoning these chests. NFT items can be purchased from the marketplace by $TITA.