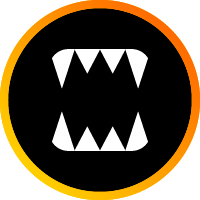 It's worth playing without investments to see if the gameplay is interesting to you, because the priority of the game is not profit.

Splinterlands is an online card game resembling the Hearthston. Players must collect a set of cards and use it in PvP battles. There are more than 500 types of NFT-cards in Splinterlands that can be bought or rented on the marketplace.

DEC (view the course)
The main token of the game, it is used as a reward for battles, for trading on the marketplace and it can be withdrawn to third-party platforms.

Credits
This token is used only for the purchase of items on the marketplace, it cannot be withdrawn from the platform.

How to start playing Splinterlands

In order to start playing, you need to:

After registration, the game offers to pass training and familiarize yourself with the basic rules. New players receive 1th level cards that are permanently linked to the account. With their help, you can study the mechanics of the game and understand if you are interested in the project. In this game mode, the possibilities are limited.

To unlock all the functions of Splinterlands, you need to buy SUMMONER’S SPELLBOOK — this is a set of base cards that opens the opportunity to complete daily quests, participate in tournaments and receive DEC tokens for victories in battles . These cards, unlike the free set, can be sold or exchanged.

All maps in Splinterlands are divided into two types: summoners and monsters, and into 6 categories: fire, water, earth, life, death and dragon. The category determines which monsters the summoner can invoke. The cards also have characteristics such as attack, speed, defense, health, cost in mana units per summon and level. The higher level is, the stronger the card.

The player only needs to collect a deck of cards, fights take place automatically. The rating system determines which opponent the battle will take place with. If a player wins, the rating increases, if he loses, it falls.

In Splinterlands, players can get into the league, there are 6 of them in total. The entry depends on the level of the player. The higher the league, the greater the seasonal and daily rewards. 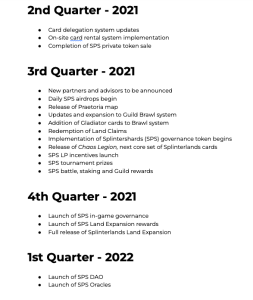 How to make money in Splinterlands

Since the cards are sold not only on the internal marketplace, players can speculate due to price differences and volatility.

Unclaimed cards from the deck can be rented to other players, receiving 0.5% of the current cost per day. This is passive earnings, which will not bring much profit, but your unused cards will no longer lie aimlessly.

Each tournament has a prize pool. The winnings can range from 1 to several thousand dollars, it all depends on the conditions put forward by the organizers.

DEC tokens are awarded for victories in battles with other players, their number depends on your level.

For completing quests, players get cards and other game items that can be sold on the marketplace.