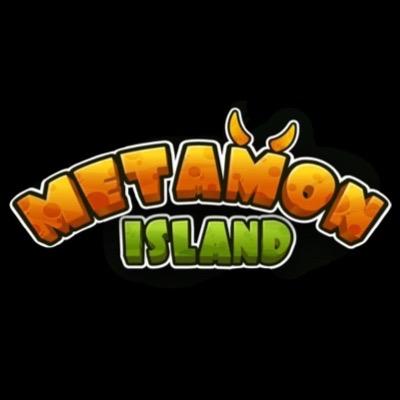 If you have free finances, it's worth trying to buy a few eggs and participate in battles, if you're lucky enough to get a metamon.

Metamon Island is a single-player game completely focused on earning money. The gameplay is built around NFT metamon characters. They can be bought and sold, obtained from eggs and used during battles. Since there is no interaction with other players in Metamon Island, battles take place with NPCs, a player can choose a creature that will send to battle, but has no way to influence the course of events. During the battle, the characteristics of the player’s matamon and the NPC-metamon are automatically compared.

RACA (view the course)
This is the main token of the game. It is used for trading on the marketplace.

How to start playing in Metamon Island

To log in, you will need to connect one of the proposed wallets: MetaMask or Wallet Connect. After that, the main page of the game will open. You will need at least 1 metamon to participate in battles. There are two ways to get it:

You can buy an egg, but there is no guarantee that a matamon will hatch, 2 potions or 1 diamond may fall out instead. They can also be buy and sell on the Radio Caca marketplace or inside the game.

For trading on the internal marketplace, the main RACA game token changes to u-RACA, the exchange rate 1:1.

Potions are needed for the development of metamon. As soon as the creature accumulates enough experience, it is necessary to use the potion to move to a new level.

Crystals come in two types: yellow and purple, they are also needed to improve Metamon.
Each metamon has 20 units of energy, which are restored at 00.00 UTC. One battle takes 1 unit of energy. Regardless of the outcome of the battle, the player receives a reward in the form of experience and metal shards, victory brings more reward than defeat.

After collecting 1000 metal shards, you can turn them into an egg.

Metamon Island is going to become a part of the USM metaverse, integration was planned for January 2022.

How to earn in Metamon Island

The basic kind of earning is creation of eggs and sale of what hatches on the marketplace.

A reward for participating in battles depends on the level of the metamon. A player with a low – level metamon can get:

One battle lasts no more than 30 seconds.