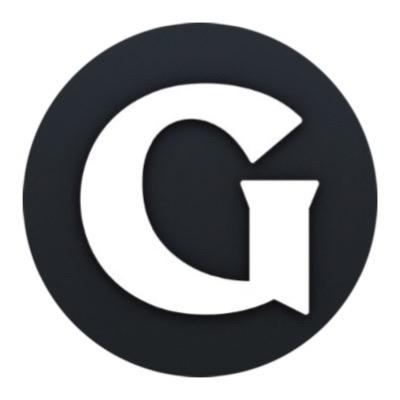 It's worth playing for free as soon as the game comes out.

Guild of Guardians is a multiplayer RPG game. Players need to make up a team of heroes and go to dungeons in order to fight with monsters and bosses. Users can earn rewards such as resources, ingame currency and equipment. Awards are spent on recruiting and upgrading heroes and crafting equipment.

The Alfa version is going to be released in the second half of 2022.

GOG (view the course)
The main token of the game. It will be used for trading in the marketplace.

How to start playing in Guild of Guardians

Now the game is not available for logging into, because it is on a pre-sale stage. At the moment of writing this article, you can only join a mailing list. As soon as the Guild of Guardians presents its Alfa, users will have a chance to join for free or this investments.

Heroes are unique characters that players take into Dungeons to defeat monsters and collect rewards. Each has properties that dictate its playstyle, strengths and weaknesses. Heroes can be found from Summoning, which can be done by purchasing a summon or earning summoning shards during gameplay.

Guilds of players are a vital part of the game. The hardest
and the most rewarding content in the game: fights with strongest enemies, earning unique and rare rewards and crafting items for sale on the marketplace, will be available only for guilds members.

Users have energy resources which refill over time, and are depleted whenever a player enters a dungeon. Heroes will get ‘fatigued’ if they enter a dungeon too much in one day, which causes them to suffer penalties such as stat reductions or requiring extra energy to use. In order to reset energy, players can buy Energy boosters.

Equipment for heroes is not sold by the Guild of Guardians, it can be found in dungeons, created and traded by players.

The only way to create NFT items in Guild of Guardians is from Guilds. Crafting materials drop from dungeons. 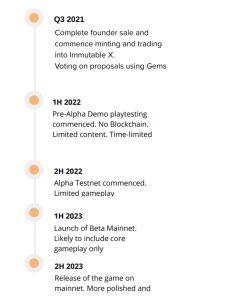 How to earn in Guild of Guardians

Players can contribute crafting materials to their guild to craft NFT items, which will automatically be sent to the market to be sold. The profits will automatically split proportional to each player’s contribution. Crafting of equipment will require all types of materials, including those that can only be found in lower level dungeons or by using heroes from specific factions, meaning that both new and experienced players have a specialised role in Guild Crafting and must work together.

Players can earn common heroes for free. They cannot be sold, but they are able to be merge into a tradable hero with higher rarity.

GOG tokens are given for completing daily quests or other game
activities.

Guilds will compete with each other to earn leaderboard prizes. These will likely reset every season and are designed to reward the most competitive players.