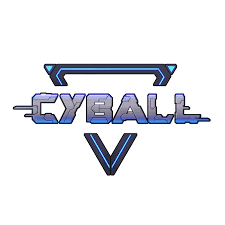 CyBall is a futuristic football-themed card game where users can collect and form a team of CyBlocs and face off against other teams online, or trade and mentor new CyBlocs.
Game combines elements of strategy, simulation and chance.

CBT (view the course)
Token used as a reward in PvP modes.

CYB
Governance token which is used as a reward in PvP modes.

How to start playing in CyBall

To start playing users need to:

Exhibition
This mode will provide casual PvP matches where users can practice and earn some rewards. CyBall’s matchmaking system will ensure only teams of similar average overall ratings are matched against each other.
There are two types of Exhibition matches:

Matсhes require energy. Users have 60 points of energy per day.

League
Users compete to rise to the top of the ladder. This mode runs season by season.
To enter, users must create and register their teams of 7 CyBlocs. At the end of each season, teams will be rewarded, as well as promoted or relegated according to their results.

Tournaments
To enter, users must be invited by the tournament organizers. After accepting the invitations, users can proceed to create and register their teams of 7 CyBlocs.
At the end of each tournament, teams will be rewarded according to their results. Each CyBloc in the winning team will also be presented with a championship trophy, which will stay attached to their profile.

Training
Users can level up without spending any energy. These game modes will only give out experience to CyBlocs. There are 2 training modes: