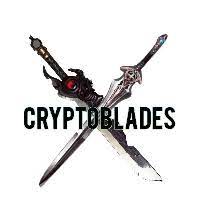 CryptoBlades is a web-based game application. Gamers mint their characters and weapons, which they can trade in the marketplace. Users participate in PvE and PvP battle to receive in-game tokens and upgrade characters.

SKILL (view the course)
Token is used for acquiring characters, forge and reforge weapons, and to buy and sell on the marketplace.

How to start playing in CryptoBlades

To start, user will need to:

There are four elements presented in the game.

All characters, weapons, weapon attributes and enemies are assigned an element. Elements increase or decrease the chance of success when battling. Each element trump and is trumped by another element:

Then players start, they mint the first character, for this action they need 4.6 SKILL tokens. Character comes with a start weapon. Charter’s element is assigned at random.

Players can have up to 4 characters.

To participate in battle, a character needs 40 stamina. Each character has 200 stamina. It regenerated 1 point per 5 minutes.

Player spends normal BNB gas fee to enter a battle. For a victory, users receive SKILL and experience for a character. The SKILL reward depends on the power of the defeated enemy. Experience is used for leveling up a character. Levels increase the overall power.

Overall combat power can be increased by forging new weapons at the Blacksmith.

Combat
The player first selects the character they want to enter in combat within the Plaza. User then selects to enter Combat where he will choose a weapon. Once the weapon has been chosen, four enemy combatants will appear. The player can select the combatant that want his character to face off against.

PvP is organized in the arena. The winner receives spoils.

How to earn in CryptoBlades

SKILL can be earned by: